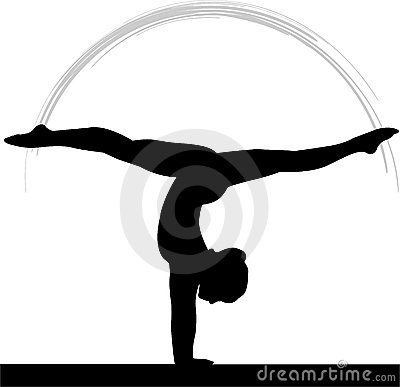 Ching, who is an eight year old girl, has been unschooling in Hong Kong since her early childhood. Instead of going to school, she follows her interests and learns from daily life. When she was six and a half, she found her passion in gymnastics. After practising on a regular basis for two years, Ching has mastered many gymnastics skills. Recently, she won three gold medals in individual events and was the All Round Champion in a gymnastics competition.

After the competition, Ching’s mom asked her, “Were you nervous? Were you scared?” Ching innocently replied, “No. Why would I?” Gymnastics is something that she is passionate about. She didn’t feel like she was competing, nor did she feel pressure to win.

When the competition was approaching, Ching didn’t do extra practice. Her mother reminded her a few times, “Don’t you need to practice more before the competition?” But on each occasion, Ching replied, “No, I don’t need to. I’m well prepared.” Mom decided to let her bear the consequence of not practicing, assuming Ching wouldn’t do so well without extra practicing. The competition took place in a gymnasium which was a totally new setting for Ching. Without testing the springboard and rehearsing, she got the highest marks in the Vault event.

Ching’s mom was absolutely amazed by the result! She wondered why her daughter could perform so well even without extra practice and rehearsing in the new setting. After thinking for a while, she said that Ching spent most of her time in playgrounds before the age of six, since she didn’t go to school. She simply played freely until she had had enough. Ching’s mother said the free play in the playgrounds might have helped her to build up her arm strength and her physical flexibility, which became an advantage in gymnastics.

Ching’s mom also recalled that when Ching was around 2 or 3 years old, there was a period of time when Ching was very focused on playing with some empty boxes. She could play with them for more than an hour every day. One time, her mother needed a box to carry an object, but she couldn’t find one in the right size. Ching then took a look at the object, and found an empty box with exactly the right size for her mom! At that moment, the mother was surprised that Ching has such a good spatial sense. She believes that this strong spatial sense also contributes to her daughter’s mastery of gymnastics.

Ching’s mother was asked many times, “What does your daughter learn if she doesn’t go to school?” When she tells people about the above examples, they often react like this, “Playing in the playgrounds is playing, not learning”, or “What good is it to have a strong spatial sense?” In fact, who can judge whether a child’s play will be useful or not in the future? Many of us grew up learning things that adults thought were useful. But we either didn’t learn them well, or we learned, but found out in the end that they were totally useless.

In fact, Ching’s mom has never intended to bring up Ching as a gymnastic athlete. She simply let her daughter follow her interests. When Ching engaged in those “useless” activities, her mother would not intervene. She simply trusted her daughter and supported her, even though she had no answer whether those activities were “useful” or not. After this incident, Ching’s mom realized that she has underestimated how well her daughter knows about herself, and how she should have trusted Ching about how much practice she needed.

Ching’s gymnastics coach stated that Ching mastered the skills better than those who started gymnastics two years earlier than her. As a result, Ching’s mom believes that a child’s ability has nothing to do with how young she starts learning. What is more important is to let the child follow her passion. Ching’s mom feels very grateful that her daughter knows herself so well, and she didn’t treat the tournament as an aggressive competition. Instead, she enjoyed the whole process and was very relaxed. Through gymnastics, Ching feels her inner strength, which is not determined by winning trophies. Her self-confidence comes from within which can’t be taken away by anyone.

P.S. Fake names are used in this story in order to protect the child’s privacy.